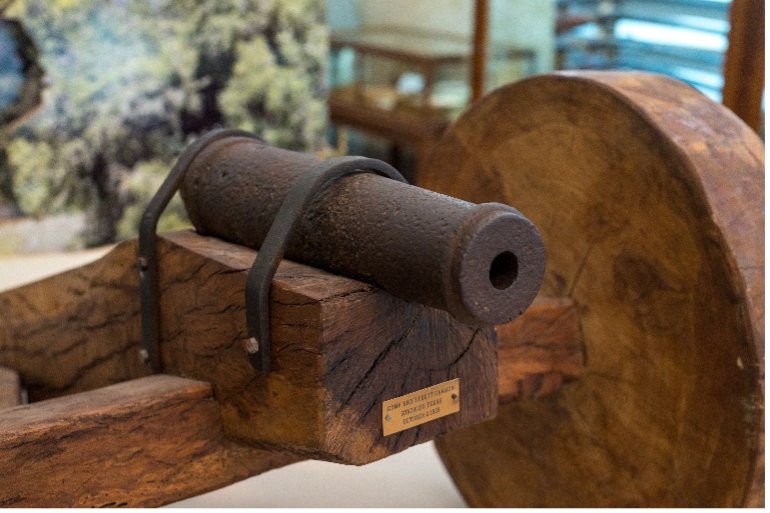 Gonzales: The Home of “Come and Take It”

Though many claim it, only one city can own it. As the irrefutable home of “Come and Take It,” you’ll find many ways that Gonzales, Texas honors its history and shares the story of how the fight for Texas independence began right here.

Come and Take It: The History

The original “Come and Take It” cannon was a gift from Mexico to help the colonists of Gonzales defend against frequent Comanche raids. By 1835, the political situation in Mexico had deteriorated—with several states openly revolting against the government. For this reason, Mexico asked for the cannon to be returned. The settlers of Gonzales refused.

Mexico sent 100 soldiers to Gonzales to retake the cannon by force in early October 1835. By the time the soldiers arrived, the settlers had built up an army of 140 men and fashioned a flag out of a wedding dress bearing the words “Come and Take It.” The Battle of Gonzales was on. The first shots in the Texas Revolution were fired, and a legend was born. A cannon by any other name is just a cannon. This one helped spark an entire revolution on October 2, 1835. You can see the original “Come and Take It” cannon in person at the Gonzales Memorial Museum. While you’re there, check out other artifacts from as far back as the early 1800s.
Museum hours: Wednesday-Saturday, 8am-5pm with a quick break from Noon-1pm.

The World’s Largest “Come and Take It Flag” Waving proudly above Texas Heroes Square, this massive flag displays the battle cry first bellowed by Texian rebels in 1835—one that now serves as a motto for every Texan and many Americans. This icon of both defiance and freedom can be seen flying most days of the year. It’s a perfect photo op, and a great reminder of the spirit that lives on in Gonzales, Texas and beyond.

The Original “Come and Take It” Celebration For nearly 70 years, Gonzales has been celebrating its iconic roots with the annual “Come and Take It” Celebration. Part heritage tourism and part music festival, this family-friendly multi-day event includes everything from toe-tapping bands to cook-offs, parades, historic reenactments, plenty of cold beer and yes—even a chicken flying contest! Hosted in historic downtown Gonzales, festival-goers also have the opportunity to enjoy the many shops and eateries featured around the Square that round out the small town charm. For more info, visit http://www.gonzalestexas.com

COME AND
TAKE IT ALL IN